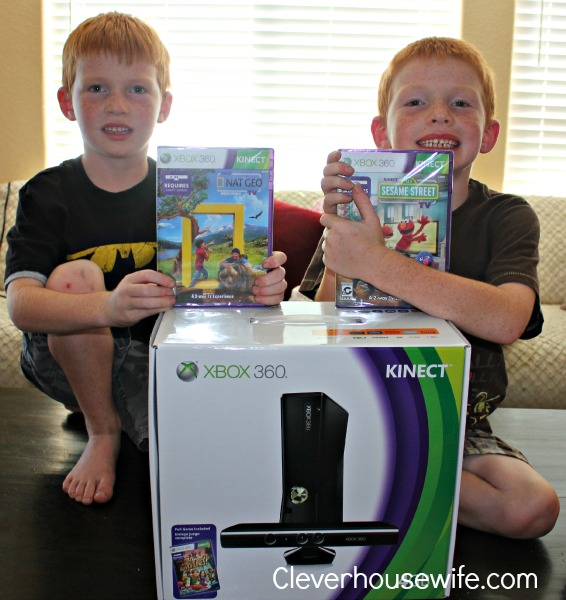 Call over the neighbors and bring out the cookies and milk for the kids’ afternoon snack, because Xbox has something new in town! I have to be honest here; I have been resisting getting an Xbox for quite some time because I thought all of the games were too “adult” for my family. I am happy to say that I no longer feel this way! More and more family friendly, and kid-friendly, games have been rolling out. The newest games are something beyond the average game : it is 2-way TV!!!

With the brand new 2-way TV experiences, kids can enjoy some of the most educational, and fun television shows for kids, by interacting with them. I recently received Kinect Sesame Street TV and Kinect Nat Geo TV for the Xbox 360. These are seriously some games that I can feel good about my kids playing. Not only do my kids get moving with the Kinect, but these are educational shows, which my kids are actually quite enjoying. 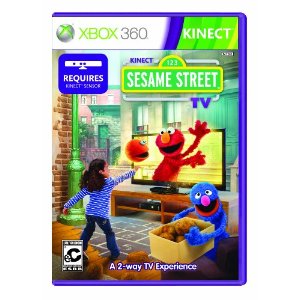 Kinect Sesame Street TV is geared toward preschool aged children, but my older boys even have fun with it. We all think it’s cute to watch Little Girl (who is 3), watching her Sesame Street TV and getting to play along with it. What the 2-way tv experience does is it turns the passive viewing into active participation, encouraging children to use their gestures, voices and bodies to interact with educational content on the screen.

In one particular episode of Sesame Street, Grover is teaching kids to count by throwing coconuts into his box. This may be something that is done in an ordinary episode of Sesame Street, except the kids get to actually throw and have Grover catch the coconuts in his box. If your child isn’t throwing, then Grover and the other characters keep encouraging until it’s done. The show knows when you are participating! It includes 8 30 minute episodes, for a variety of fun.

Another neat feature of both the Sesame Street TV and Kinect National Geographic shows is that throughout the show, you are given opportunities to snap photos. You can shout key words to the show and it will not only snap a picture of what you are viewing, but it will also snap a picture of you! The photos then go into a photo album to be viewed later. Kinect Sesame Street TV can be purchased on Amazon for $29.96. I honestly give this game 5 stars!

The Kinect Nat Geo TV is geared more toward children 6-12. This is not any ol’ boring documentary; let me tell ya! My kids are really learning a lot about wild life and nature, but in a fun and exciting way. My boys first chose to learn about wolves. While going through the wilderness and learning about how wolves live, feed, fight, etc. there are interactive games for the kids to play along. There may be some disturbing images for younger children as the game/show really does show how the animals feed. It was a bit gruesome watching the wolf eating the deer, but my kids loved it! Then it pauses for interactive games such as batting the birds away from the wolf’s prey. I was just grateful it didn’t pause so the kids could practice the feeding!

Occasionally the show calls for the kids to yell something out, which is very fun for them. They really interact, while learning some great things! Another 5 star rating from me! Kinect Nat Geo TV can also be purchased on Amazon for $29.96.

If you own an Xbox 360, or are gifting to someone who does, this season, the 2-Way TV Experiences are reasonably priced at only $29.99!

That’s not all though…I decided to have the 2-Way TV Experiences: Kinect Sesame Street TV AND Kinect Nat Geo TV for Xbox 360, be in my Holiday Gift Guide. That’s right – today is the first day of the gift guide. Every day will have a new feature, and giveaway, for the next month! To help you out with your holiday gift giving, two lucky Clever Housewife readers will win their choice of game. I will give one of each game away, for a total of two prizes up for grabs! Open to the US only, and only one entrant per household. Entries will be verified.

To enter, fill out the Giveaway Tools below:

I received a promotional item to facilitate my review. All opinions expressed are my own.