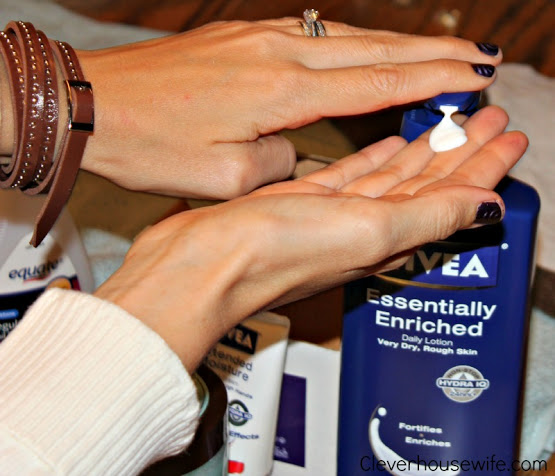 I love girls’ night just as much as the next – or maybe even more. Being a single mom of 4 during many weeks, I am often all too eager to get out and relax, as well as eat some tasty food, with my closet girlfriends. We often do lunch together, go to the movies, or just chat. This month we decided to do something a little different. With the stress of the holidays around the corner, my girlfriends and I had a NIVEA Girlfriend Pampering Spa Party. We were all more than ready for some good pampering, with a touch of gossip. 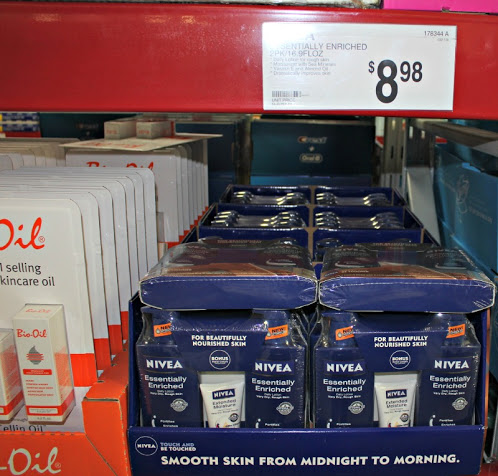 I went to Sam’s Club for my pre-party shopping. Sam’s Club carries the NIVEA duo packs, which were perfect for the party. There’s nothing like the NIVEA Sam’s Club value! Sometimes buying in large quantities saves time and money. I couldn’t believe how much Sam’s Club lotion there was! Can’t have a girl’s night without plenty of treats either. I gathered some Salted Caramel Pretzel Bark and pastries, for snacking. I thought some soothing music might be in order, so I looked at the CD department and spotted some great Christmas CDs. I was reminded that I already owned some of the great CDs, so that was a bonus. I picked up a couple of nice fluffy towels, and headed on my way.

I actually headed back to Sam’s Club later in the week and spotted some GIANT cupcakes that I just had to have at my party. They were a HUGE hit too!

Between great products, tasty food and even better company, everyone had a great time. Some decided to get their hands feeling great by starting with a sugar scrub, and finishing up with the NIVEA lotion. Everyone was able to moisturize with NIVEA. The NIVEA felt so clean, and was just what was needed on a cool dry day. Most everyone finished up by painting their nail. Everyone looked great!

After our relaxing party without kids, we headed out to see Breaking Dawn Part 2. It was the perfect evening! I think it is so important to take time to relax and pamper yourself. You can see more photos from my girl’s night, in my Google+ Album. Stay up to date with NIVEA on their facebook page.

“I am a member of the Collective Bias™ Social Fabric® Community.  This content has been compensated as part of a social shopper insights study for Collective Bias™ and Beiersdorf for NIVEA.  #NIVEAmoments #CBias #SocialFabric”