With only one day to do Disney World, you’ve got to have a lot of energy and a plan of attack. Luckily my boy and I had a full day to spend at Hollywood Studios, so we only needed to divide our time and attention between 3 parks: Epcot, Animal Kingdom and Magic Kingdom. I’m going to tell you how we got through 3 parks in one day. It is possible! No, you won’t see and do everything, but here are some of our highlights. Of course, you will need to adapt and adjust based on your likes and ages.

We started our day out at Epcot. I figured it wouldn’t be very busy and I was right. Something to take into consideration when going to Epcot first thing in the morning, is that not everything is open when the park opens. I was very disappointed to find out most of the countries didn’t have anything open until 11am. I knew we would like not have time to come back to Epcot, so we did what we could, which was ride the few rides they had. Test Track was by far our favorite ride of the day. So much so, that we made a special trip back to Epcot at closing, so we could ride it again. You design your own car, then ride in a car similar to Radiator Springs at Cars Land. At the end, it tells you how your design did with 4 different categories.

The grounds were beautiful, as to be expected. We didn’t visit each country since we knew not much was open at this time. We did walk halfway around the world for some yummy French treats for breakfast. Having just returned from Paris, I can say the goods were not quite as good as Paris, but tasty nonetheless.

Soarin’ is also in Epcot, and I would say a definite must-ride. Everything else was kind of just filler, and something to do to get out of the awful humidity and heat.

The big boy and I then ran over to Animal Kingdom (by tram) and viewed the giant tree of life, and headed to the Dinosaur area to ride Dinosaur. I thought this was going to be one of those “baby rides”, but I was pleasantly surprised. If the boy would have let me, I would have gone again. I think he may have actually been a touch scared through parts of it. He wanted to ride Mt. Everest, but I was being a wimp. I’ve ridden it before and it is definitely an awesome ride, but I don’t do backwards roller coasters. Nausea kicks in. The last time I went to Animal Kingdom I stopped by a little shop for amazing cupcakes, but we were trying to cover a lot of ground so we headed out to Magic Kingdom. 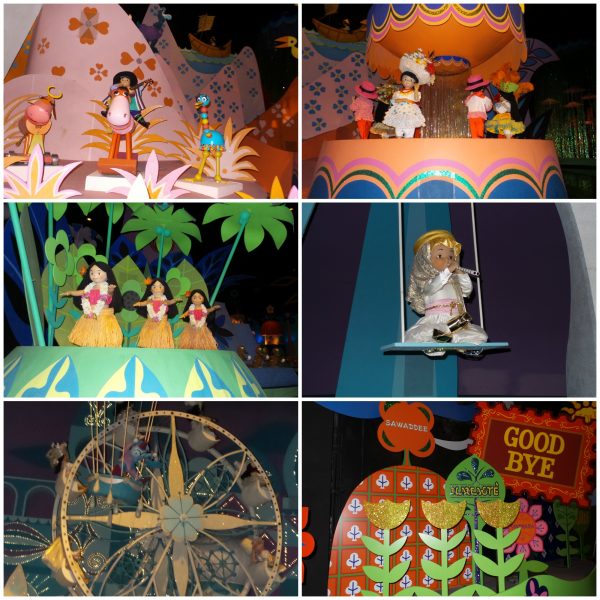 Magic Kingdom was a little disappointing. Not because the park itself is terrible, because it never is. It was just very crowded. For a mid-September, I was anticipating much smaller crowds, and frankly I think the park was too. We didn’t get to do much at all because of the length of lines. That is another reason we headed back to Epcot at the end of the day. I believe the only ride we rode was It’s a Small World! There may have been another one or two in there, but that’s all we can remember. We rode it out of desperation and to get out of the heat.

If you are like me and don’t like long lines, look closely at the time of year you are going, and make a list of the top priority rides you want to do. It would also be best to not cram 3 parks into one day. We made it work and had a great time, but our full day at Hollywood Studios, the day before, was even better. Something worth noting is the new system for ticketing and fast passes. You can download an app and link your ticket to it, and reserve up to 3 fast passes at a time. You can even cancel them and change the times on it. Really cool feature, and I hope Disneyland gets this new method soon.