New Orleans has always been on my list of top US cities to visit. I have always felt that the culture is as such that it might feel as though I was visiting a different country. Of course, I only had other people’s memories and opinions to help shape my impressions of New Orleans. I was beyond thrilled when I was invited to spend a few days in the exciting city this past December. I could finally gather my own experiences of N’Orlins. In fact, before my visit, my husband (boyfriend at the time) had to teach me how to properly say New Orleans so I wouldn’t sound like a tourist. Between our little lesson and my observances, I learned that some of the most popular pronunciation(s) to fit in are: New Orlins or N’Orlins. 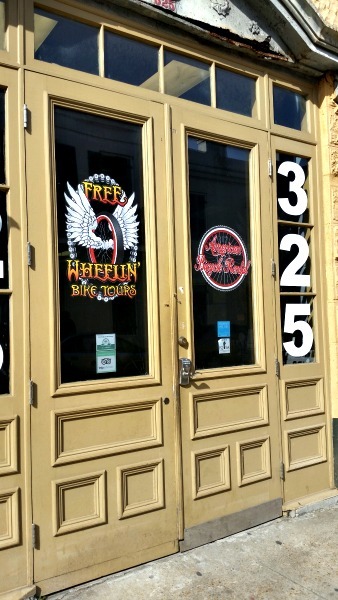 The people in New Orleans are so friendly that it is practically a must to say hello to whomever you pass in the street. While on a Creole Crescent bike Tour with Free Wheelin’ Bike Tours, I learned so much about the history and way of the city. Our tour guide, born and raised in New Orleans, taught us that if you don’t say hello to passersby then the locals will know you aren’t from around there. It is better/safer to be friendly! This is almost backwards from some places in California. As we rode down an older all-black neighborhood (the first of it’s kind in the city), we hollered to the residents on their porches, or even inside their homes. They would shout back and say hello, and wish us well. It was a blast! I wish more neighborhoods were like this. 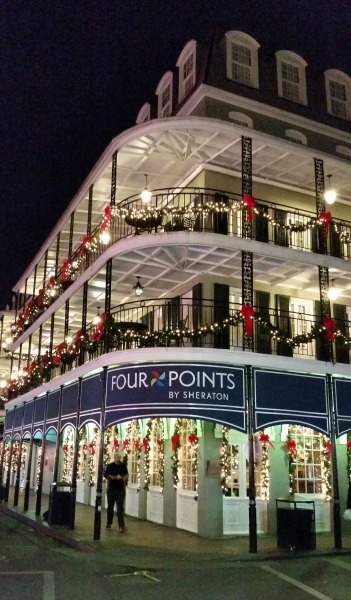 New Orleans is strongly influenced by the French and Spanish colonial periods, with a large Vietnamese population as well. I am in love with how rich in history NOLA is. Something that continues to grab me, whether I’m there in person or I am looking at photographs, is the fun architecture. I love all of the wrought iron and cast iron railings, and the lack of outer staircases to get to the second floor of most buildings. So beautiful!

I learned a little of Voodooism and how it is actually an Afro-American religion that was developed by enslaved West Africans and Creole populations in Louisiana. I had the privilege of visiting one of the places used for Voodoo worship. It was quite fascinating and unlike anything I have ever seen, with paintings of skeletons and such on fence slats. Many think Voodoo is something bad, but it really is a well intended religion. I gather it is often misunderstood. Of course, you can pop into souvenir shops and pick up Voodoo dolls of all sorts.

Then there is Mardi Gras and the whole Carnival celebrations that go along with that. So much the city has to be famous for. The music and food are other entities that make up the NOLA culture. I plan to touch on those before too long, so stay tuned. For now, I can definitely say the New Orleans culture is like no other that I have been privy to experience or learn about. I find it quite fascinating and can’t wait to return, and to learn so much more!

There is always so much going on in NOLA, so be sure to follow their Facebook page, to stay up to date.

To book your trip to New Orleans, visit VisitNewOrleans.com.

This is a sponsored conversation written by me on behalf of New Orleans Convention and Visitor’s Bureau. The opinions and text are all mine.