I just covered places to eat in Boston, and things to do just outside of the city, but now it’s time to talk about things to do in Boston, during your fall foliage driving tour. Mind you, I had about a day and a half to do and see all I could in Boston. Not nearly enough time, but I’d like to share the highlights with you. Many of my activities were complimentary, so I could share my experiences with you, but all opinions expressed are my own. 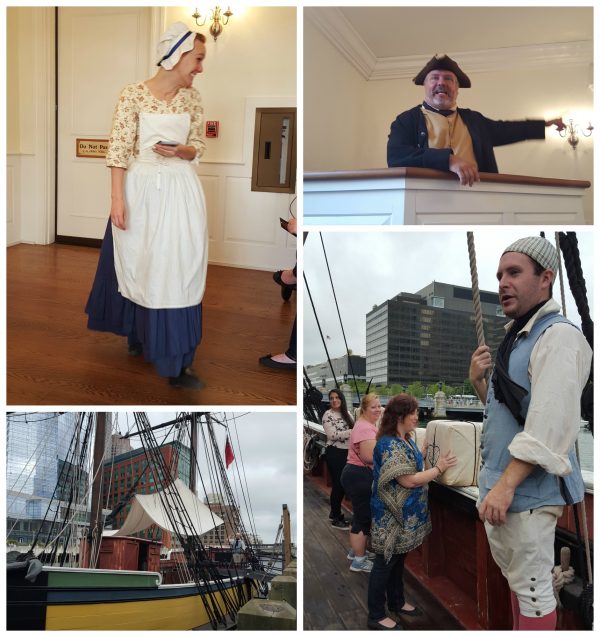 My FAVORITE activity was the Boston Tea Party Ships and Museum. The actors are full of energy and life, and really give you a feel for what the rally may have been like, before the dumping of the tea. Guests are encouraged to participate and may even get a brief speaking role in the meeting, all before touring a ship on right on the water where the tea was thought to have been dumped. My favorite part though, was the movie at the end of the tour. The movie portrays the Battle of Concord and Lexington, with such emotion and tenderness. I even teared up. The video was very well done, and worth the tour in my opinion. 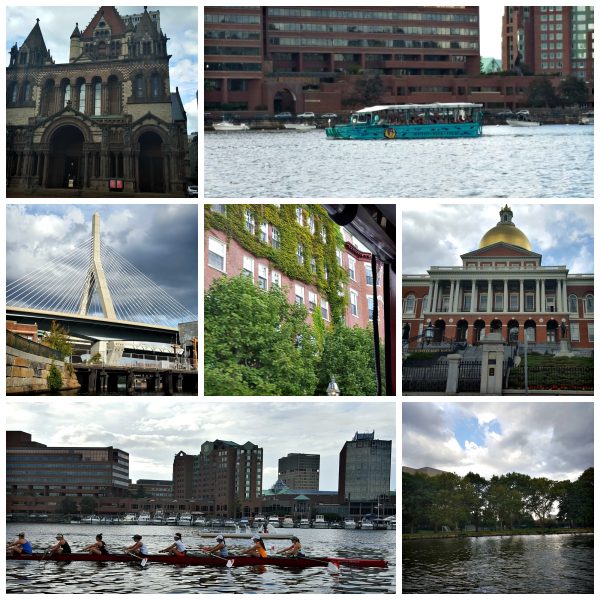 Buston Duck Tours are a fun way to relax, see and hear a lot about the city, and to get out on the water. If you’ve never done a Duck Tour, I highly recommend it. These tours drive you around the city, while the driver tells you what they can about the area. Then after a little driving, you hit the water, all in the same vehicle. The water was peaceful, and I quite enjoyed watching the college rowing teams out for practice. Hit the Duck Tours when you’re short on time to see the city, or your legs are tired of walking.

The Freedom Trail Walking Tours are a must. Friends and family all told me I had to do this while in Boston, and I’m glad I did. I don’t know that there is any other way to get so much history on the city, in such a short period of time. I believe there are three different tours you can take, depending on what you want to see. We managed to squeeze in two of them. My twins are in 5th grade right now and are learning all about the Revolutionary War, so they demanded I stop at as many sites as I could, and take pictures. I think we got just about everything other than Bunker Hill. We came close though! Boston is full of such rich history, and it is so fun to see the monuments, the Old North Church, and the many locations where big things happened. The tour guides from The Freedom Trail are very knowledgeable and try to make the tour as engaging as possible.

It was docked for remodeling and repairs, but it is frequently open to the public, to board and check out in addition to the museum. It is quite interesting to peruse a ship that was used in battle for many years. Because it was during remodeling, the guns and cannons you can now buy at allaboutshooting.com weren’t on the ship. This stop was totally up hubby’s alley.

I am always up for a musical performance, and was very excited to get to see A Little Night Music at the Huntington Theatre Company. The show was absurdly funny, and the husband who typically doesn’t like musicals, found himself quite entertained. After a day of sightseeing and taking in a lot of history, hitting a night at the theatre is just what was in order.

As you can see, there are so many things to do in Boston, and if you are short on time, these are my suggestions. We managed to squeeze all of these things in with just a day and a half to eat and explore. Totally possible and worth it on your fall foliage driving tour.