Do you remember the hilarious little monkey from Night at the Museum? That was Crystal, the Capuchin. Crystal really made her mark in the movie industry when she relentlessly tormented the night cop, but now she’s making a name for herself in the new movie, Monkey Up.

The exciting new adventure, brought to is by Air Bud Entertainment, introduces Crystal’s character ‘Monty’ — the star of Monkey Up energy drink commercials. Monty wants more than to be in advertising – he wants to become an A list player on the Hollywood scene. 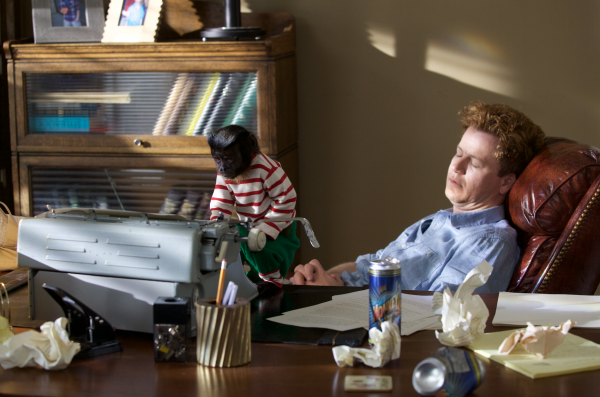 Monty has to overcome the greedy energy drink owner and his alternate plans, to find out what fame and fortune are all about. Not only does Monty have sass and pizazz, but he is a talking capuchin. All you pet lovers who love a good talking-animal movie, this film is for you. It brings together courage, fight and above all else, family. On his climb to fame, with the help of his family, Monty learns that above all else, family is the most important. While fame and fortunate are what he aimed for, he realizes that fame can come and go, but family is always there. An important message for us all!

Watch the rise of a star, and perhaps a bit of a diva, in Monkey Up. Together with his new family, the Andrews, and his hilarious primate siblings, Mort, Mooner, and Melody, this uproarious chase proves that Monty really is the ‘fast and the furriest’.

Get Monkey Up on digital download, starting today, January 19th. The film will also be released in AMC theaters from January 22-31, and available on DVD February 2. Grab your kids and get excited with some of the Monkey Up trailers, now on Youtube.