Today is the day we feast, and tomorrow is the day we shop! Perhaps Black Friday is to boost the economy with spending money, or maybe it’s just a way to get us off of the couch and burn some much needed calories after all of the eating. Either way, I’ve got something great for you deal hunters! We all love Nintendo, right? Well I’ve got the best Nintendo Black Friday deal right here.

For the first time ever, Nintendo is launching cool new black and white New Nintendo 3DS systems for under a hundred bucks – $99.99, to be exact. The systems are adorned with instantly recognizable elements from the Mushroom Kingdom and will launch exclusively on Black Friday. We just received the white 3DS and my almost 13 year old who isn’t easily impressed is really digging the new look. Even better is now we have 3 systems so all three of my boys can play games together – which is a fantastic feature of the 3DS. 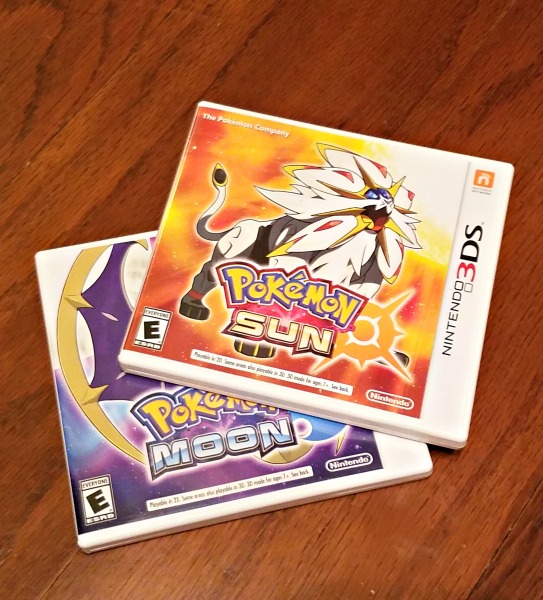 Some of the hottest games of the year are only available on Nintendo’s hand-held Nintendo 3DS systems. My son has been begging for the new Pokémon Sun and Pokémon Moon, which both launched on Nov. 18. I gave him both of these as an early birthday present, and with a day off of school he has already been diving into both of these games. His favorite feature that you can customize your character! A nice return from earlier games.

Launching on Dec. 2nd is Super Mario Maker for Nintendo 3DS, which has now made it onto my kids’ Christmas wish list.

So, if you’ve been trying to decide what gaming device or game(s) to get your kids for the Christmas, this Black Friday deal can’t be beat! This is seriously the best deal of the year for the Nintendo 3DS. We love having the handheld devices for long car rides – it makes them more bearable for not-so-great travelers. I’ve spotted this awesome $99.99 deal in the Target ad, but I imagine you can find it in several stores tomorrow. Happy shopping!