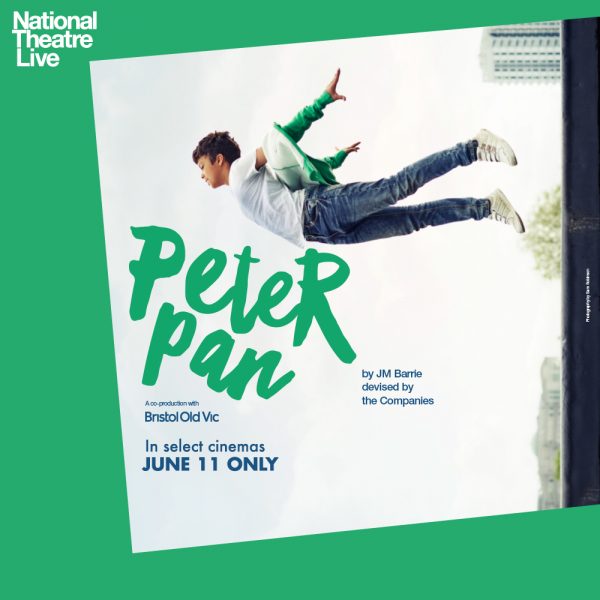 I am a huge lover of musical theatre, and take any opportunity I can get, to see a live show. Whether it be Broadway, London, San Francisco, or Sacramento, I’m always up for a stage production. When you can’t get to the stage yourself, it’s fun to see a stage production put on film, just like the National Theatre Live Peter Pan movie event!

Everyone knows the story of Peter Pan – the one boy who never grows up, and can be found leading the Lost Boys in Neverland. Peter Pan was captured live at the National Theatre, the acclaimed London stage production of JM Barrie’s much-loved tale, and will be broadcast to movie theaters nationwide.

This Sunday, June 11th, find a participating movie theater near you and catch the one-day only event of Peter Pan! If you’re looking for a fun way to change things up for the beginning of Summer break, the stage production of Peter Pan on film would be a fun activity for the entire family. I absolutely love seeing how the magic we’ve always seen onscreen can be captured on stage. There’s something special about a live performance that makes you really appreciate the talent.

I actually dreamt of performing on stage as a little girl, and even auditioned for a few plays. I got some pretty nice roles, but due to timing and outside circumstances, I wasn’t able to accept the gigs. I always regretted never seeing what I could do with acting and singing. That didn’t keep me away from stage altogether though, as I did compete in music competitions, with the piano. I then began to dream of playing in the musical theatre orchestra! I got closer and closer, but got married and had a family and those dreams once again changed. Funny how that happens. Like I said, I enjoy watching others on stage and onscreen, and that fills my cup just enough!

Run to theaters while you can this weekend, and catch the National Theatre Live Peter Pan Movie Event! Let me know how you like it!