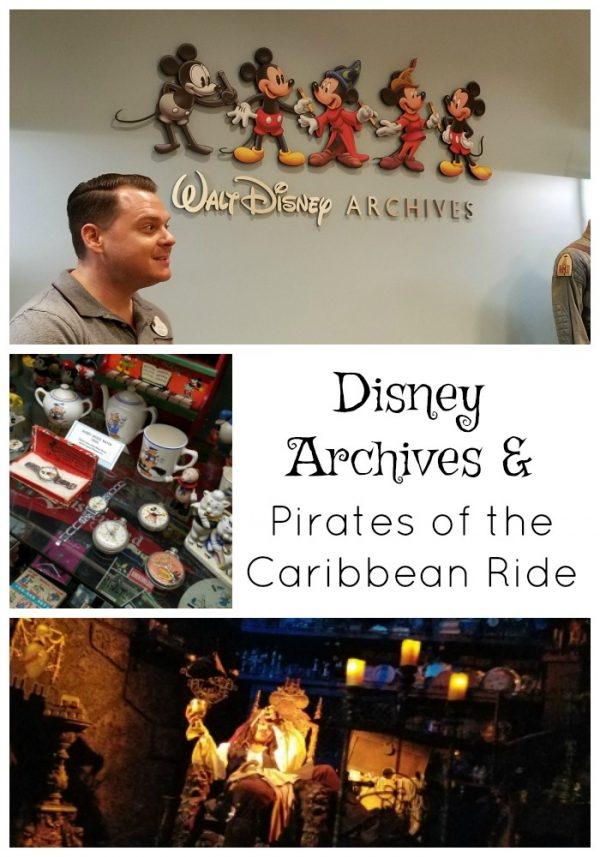 On my visit to the archives, I got to learn all about the history of the Pirates of the Caribbean ride, as well is take in a lot of the mementos since the park’s opening. Disney hangs onto EVERYTHING and it’s so cool to see what souvenirs they had in the past. I mean, check out that helmet – that’s what kids would wear before the Mickey ears came out. 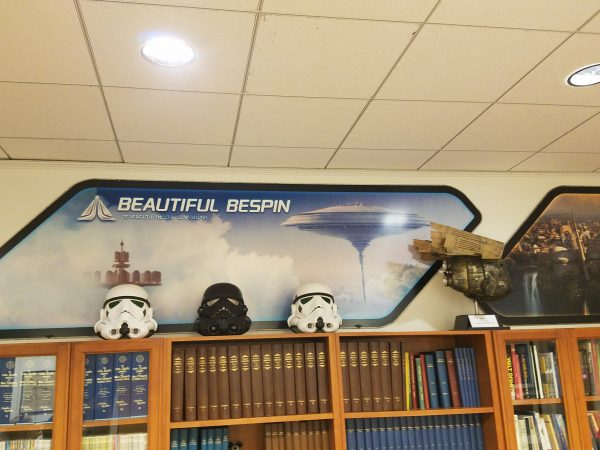 In addition to souvenirs and trinkets, the Disney Archives holds several movie items and props, such as a Storm Trooper mask from STAR WARS, and the helmet Robin Williams wore in Bicentennial Man.

One of my favorite parts of visiting the Disney Archives was getting to hold an actual Oscar!! This was the first Oscar Walt Disney himself won. He won more Oscars than any other one person, and I felt honored to get to hold one. It’s heavier than I thought it would be! 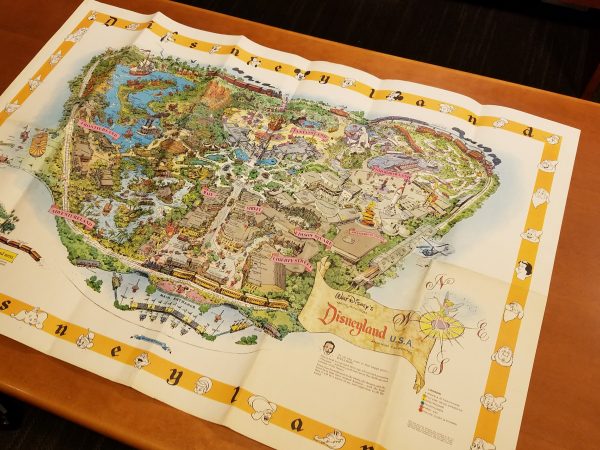 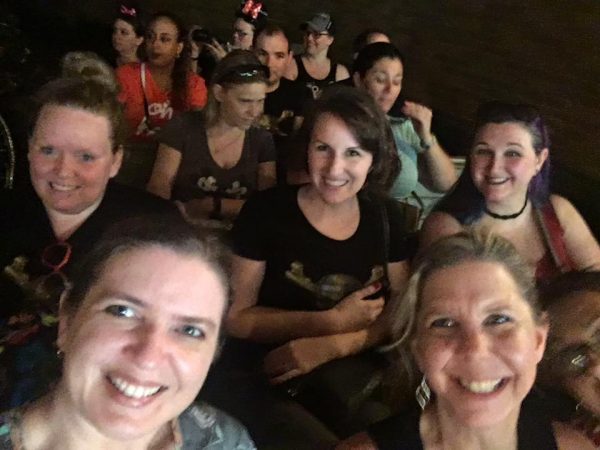 After learning all about the Pirates of the Caribbean ride’s evolution, we had to test it out, of course! This has always been one of my favorite rides, for one because it’s a nice chance to cool off on a hot day. My mom has learned all the words to “A Pirates Life For Me” and used to sing it to my kids, so we always sing along as we ride the ride.

With 630,000 gallons of water, 53 audio-animatronic animals and birds, and 75 audio-animatronic pirates and villagers in the attraction, there is a ton to see. I feel like I catch something new in the scenery each time I ride. This is definitely a must-see attraction while at Disneyland. The line moves pretty quickly too, since a lot of people fit in one boat.

“Aaaaaaaahhh, I won’t be doing that again…” haha, #PiratesoftheCaribbean in the World of Color. #PiratesLifeEvent

Pop on over to Disney California Adventure Park at the end of the day and catch the World of Color. Pirates of the Caribbean even has a snippet in the show and it’s pretty fantastic! 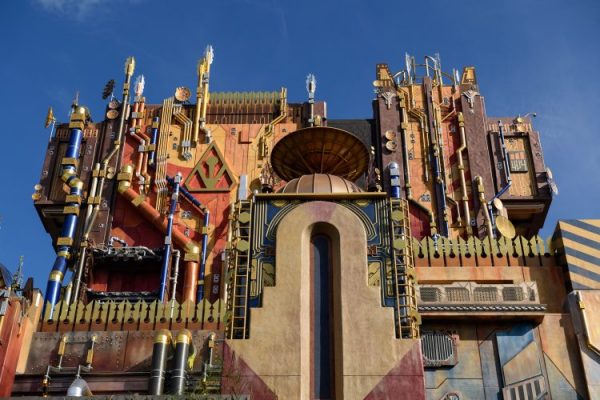 If you have the opportunity to visit Disneyland, now is the time, as they just launched Summer of Heroes at Disney California Adventure Park. The event was kicked off with the opening of Guardians of the Galaxy: Mission Breakout, which took over the old Tower of Terror. Take photos with Avengers and Guardians of the Galaxy. During Summer of Heroes, you can also encounter the following:

It’s been a very busy day at #Disneyland, but it’s been fun to hang out with @foodfunfamily (Laura) all day! #PiratesLifeEvent

I was provided an all expense paid trip for the purpose of covering the new Pirates of the Caribbean and Bambi releases. All opinions expressed are my own.