It’s no secret that I love musical theatre and I could go to a different show every night and be happy. I don’t get to attend the theatre nearly as often as I’d like, but rarely am I disappointed. Even better is when my expectations are blown out of the water, and Hamilton did just that. I got to attend Hamilton’s opening night at the SHNSF Orpheum Theatre, with my twin boys. Allow me to tell you why you need to see Hamilton in San Francisco, before the show leaves in September.

Why You Need to See Hamilton in San Francisco

While not everything portrayed in Hamilton is completely historically accurate, there is so much rich history that is! I can tell you that my boys are in the 8th grade and this is a period of history they’ve been studying. Their knowledge of Hamilton, from the music they’ve been listening to for the past couple of years, helped them make the curve on their constitution test. Hamilton is a great way to get anyone excited about history! Learn about the early days of our country as the United States of America. 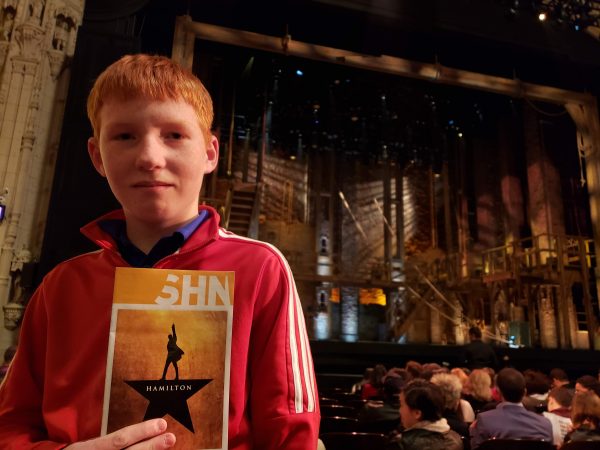 Obviously a musical can’t be fantastic without excellent music. I know some people shy away from Hamilton because of some of the rapping, but let me tell you it is amazing! I haven’t met anyone who didn’t enjoy the music when they saw the show live. Even if you aren’t a fan of rap, you will thoroughly enjoy the live music and performances in Hamilton. There is a good mix of different styles of music and each song moves the story along in a highly entertaining way.

Night Out in San Francisco

San Francisco is a happening city and a night out on the town would make for a fun time, before or after the show. The Orpheum Theatre is adorable and positions you in a great part of town to go just about anywhere. Hit up Ghirardelli Square for ice cream sundaes after the show, or grab a bite to eat beforehand from one of San Francisco’s top restaurants. This city is definitely not lacking when it comes to good eats and sites to see. Drive down Lombard Street or stroll down Pier 39. Just make sure you make it to the show on time! 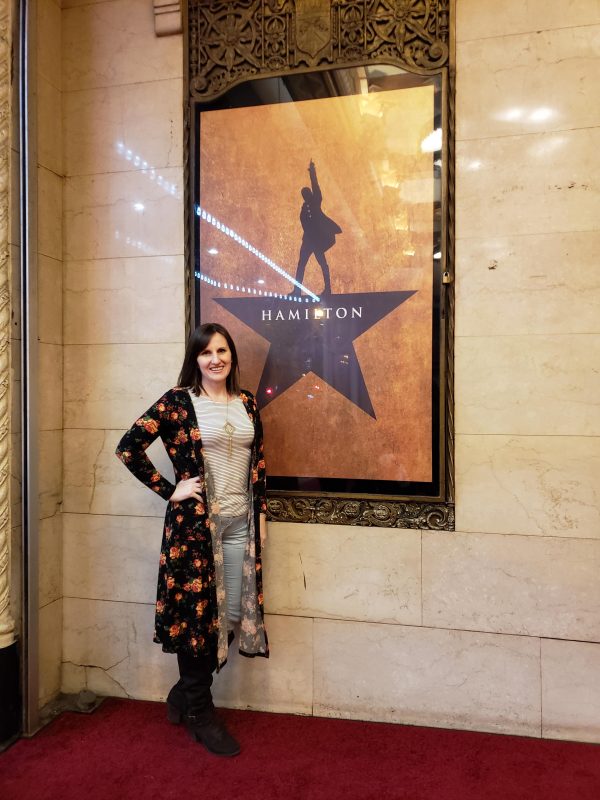 Hamilton set a new standard for musicals by doing something new and exciting. Combining rap with beautiful melodies while telling stories in history is just incredible! Unless many shows, Hamilton doesn’t have much speaking without song to back it up. The show is full of music, which is my favorite! There are different casts depending on where you see the show and San Francisco has the And Peggy cast. My boys originally wouldn’t see the show if it couldn’t be the original cast, but after much convincing they agreed to go with me and they were not disappointed.

The “And Peggy” touring cast of Hamilton is funny, talented and magnificent to watch. I’m told each cast does a slightly different performance, where you make get a humorous King George or you may not. I loved King George in this cast and found him to be hilarious. A handful of actors switch roles for the second half of the show, offering a different character, personality and look that is exciting and fun. Hamilton in San Francisco is an excellent time and I can’t recommend attending the show enough. Make a day of it and have a great time, and make lots of memories! Hamilton has climbed to the top of my list of favorite musicals (and I’ve seen several)! Grab your tickets before they leave September 8th.