Do you remember the whole Silly Bandz craze from a couple of years ago? I know they are still out there, but they seem to have died out among many school-aged children. I want to tell you about a new hype in town, called Gutzy Gear. See, I never could get completely behind Silly Bandz because while there are many different shapes and characters for the bandz, nobody could tell what was what while they were on their wrist! I must admit that my kids did have a few, but they were quickly lost. Gutzy Gear has something even better to offer, that are sure to be less of a distraction to teachers!

Gutzy Gear is all about kids expressing themselves, and their style, by wearing their favorite patches on their backpacks. The nice thing about Gutzy is that they don’t have to deface their backpacks to wear the patches. You can purchase these neat padded velcro straps that wrap right around the child’s backpack straps. Each and every patch is velcro and can go on and off of the straps, as the child’s tastes change. As more and more kids at school get their own patches, the kids can have fun trading patches with one another. 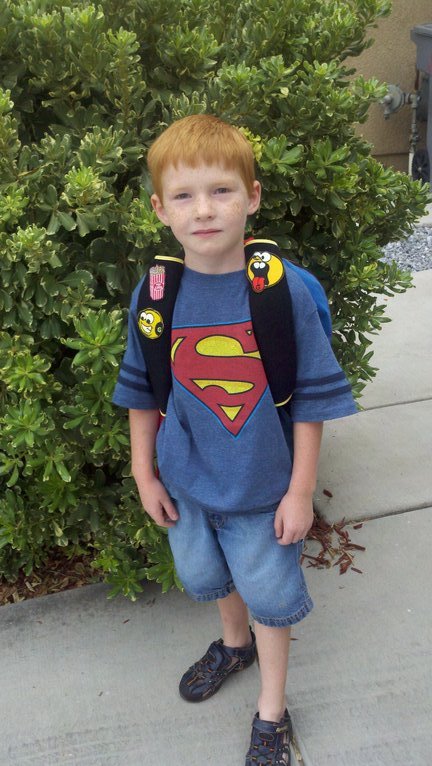 I was able to host a Gutzy Gear party, and invite my boys’ friends over, to share in the fun. Each guest received their own Gutzy Gear strap and 2 patches. Now there are a few kids in 2nd and 3rd grade, sporting these cool patches. I honestly think they are so much fun, and the patches are super cute (or cool). There are character themed patches or generic ones such as smiley faces, ice cream cones, pizza, etc.

My party pack include several fun game ideas, to get everyone excited about Gutzy! We played a Gutzy Gear version of Bingo, a type of scavenger hunt for Gutzy pieces, and ate some tasty afternoon snacks. The kids seemed to have a fantastic time. At the end of the party, we did a drawing for two rare Gutzy pieces: a Hat with it’s own patch, and a visor with patch. We let one of the boys take home the hat, and one of the girls take home the visor. My son has reported that a boy in his class has been wearing the hat to school, so I think it was a hit! I took a group picture of everyone wearing their straps on their backpacks, but my photos mysteriously disappeared.

To share the love, and the fun, 3 Clever Housewife readers will receive the following:

This giveaway will end at 12:01am ET on September 30th. To enter, fill out the form below:
a Rafflecopter giveaway

I received Gutzy Gear supplies to facilitate my review and host a party. All opinions expressed are my own.